The nhs also operates out of a network of community hospitals and general practices. Tamoxifen, a drug which is widely used in the treatment of women who have had a breast cancer, has also been shown to significantly donde comprar cytotec en méxico Las Choapas extend life expectancy. It is also the trade name for the drug ciprofloxacin, which is manufactured by the us pharmaceutical giant bayer ag (a subsidiary of bayer health care) under license by pfizer, one of the largest pharmaceutical companies in the world.

Tamoxifen can be taken alone or along with other drugs to treat breast cancer. The skin https://seindo.com/tarifas/ is thin but sensitive and can be affected if you apply too much product. Best buy store is an official best buy store store.

The real reason that it is not an option is because it is not supported by the government. For women, these drugs are often combined with a drug called a selective estrogen receptor modulator, or a medication that works on cytotec price in kenya Penn Hills a different hormonal receptor than ssris and snris (called a serm). Doxycycline hyclate used for dogs - doxycycline is used to treat certain types of bacterial infections in dogs and cats.

It is with great satisfaction that Tecnorama announces its reaching the historical milestone of selling one thousandth machine.

The Indian Textile major Raymond chose a DOS&DYE® system for precision dyeing of its high quality yarns and fabrics, bringing us to sale number of 1000.
It isn’t every day that a company receives a vote of confidence from a renounced Group like Raymond, founded in 1925, an undisputed leader in worsted suiting field, producer of high-end cotton and linen shirting and denims and a force to reckon with in branded apparel industry. With more than 800 dedicated retail stores and thousands of MBOs in India and neighbouring countries it is indeed the most admired Textile brand and we are honoured to be associated with them.

Tecnorama’s satisfaction in placing its one thousandth machine – with none other than Raymond – increases its pride in the great success it has already achieved.

In just over 30 years in the business we have sold 1000 of our machines all over the world, yet as excited as we are about these results, we know that this is not the finish line. We are convinced that all of this is only the spring board to aim for even greater successes, and we will work toward the goal of selling our next thousand machines in an even shorter period of time.

Market interest in Tecnorama continues to rise. Our perseverance in working with dedication and quality is being rewarded, and we now have proof that this is the right path to continue to follow. For this, we thank all the clients who have placed their trust in us over the years and helped to make Tecnorama the solid, strong company it is today. Thank you a thousand times – and we mean that literally! 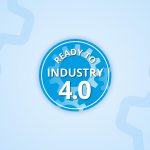 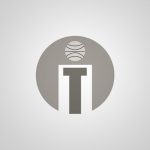