In November 1984, Mario Scatizzi decided to found Tecnorama to produce machinery for textile industry, thanks to his experience gained first as dye-house director of some important woolen mill of Prato (Banci Walter, Luigi Pacini), then as sales agent of dyestuffs and auxiliaries of a well known Italian-German group (AIC/Hoechst) and, finally, as dye technician in its proper dye plant (Selenerama). In Selenerama, he conceived and realized on his own, his first innovations (Batikrama, Colorama e Cromorama) and come to the idea to produce and sell to the others its inventions that, in the mean time, became quite famous.

Today, some of these machines are still working both in Italy and abroad. “Fantasy” machines in textile sector have a short life, that’s why Tecnorama, after some successes, started studying different machines with a longer life expectancy.

In 1987 DOSORAMA was launched at ITMA in Paris, the first European machine for automatic dosing of laboratory recipes with gravimetric system. Starting from this first realization, whose number 1 has been re-bought and exposed into Tecnorama headquarter, many innovation products have been conceived and sold mainly in Germany but also in US, Turkey, Spain, France, Portugal, Switzerland and Austria with a great success. Dosorama machines have been recently renewed and equipped with an original volumetric dosing system multi pipette which has been patented. For over 15 years the famous Dos&Dye compact has been introduced in the market, an innovative and completely automatic system for receipt management and samples dyeing that combines dosing machines with dyeing machines. This system is achieving a significant success in Asia (India, China, Taiwan) where the market is desirous of equipments for the complete dyehouse automation. The new equipment generation Tecnorama is now offering to textile market to improve quality and productivity is based on new technologies allowing to verify the behavior and the exhaustion of dyes during dye bath depending on changes occurred to process parameters (temperature, salinity, ph, …).

It’s difficult to list what Tecnorama succeeded in these “first” 30 years of activity as many are the significant innovations improved on this important finishing sector. Every year, many machines are added to the long list of the old ones. This continuous new machines planning and producing permits Tecnorama to have a broad international respire, but also a deep European and National roothold. Strong is the company sense of belonging of everyone who works and collaborates with Tecnorama, managed with passion from Romana, Mario and Moreno who decided to celebrate this anniversary offering to employees, relatives and partners a dinner gala to thanks for their efforts and loyalty. 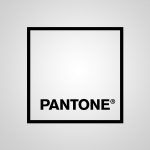 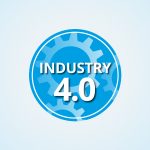